Originally from Madrid, Spain, William moved to Los Angeles, CA in 2009 after passing through national radio and TV in Spain. After working on advertisement and film for 10 years, he worked on Anthony E. Zuicker's (CSI's creator) Yahoo! Web project, which landed him his first feature as director of photography. The film, Layover, was shot on a $6,000 budget and was awarded at the Seattle international film festival and Montreal's international film festival. 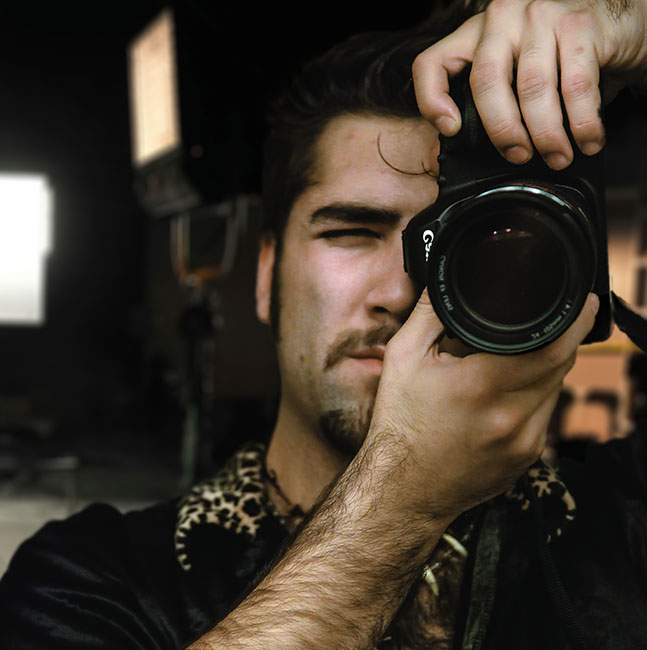 Over 15 years of training and experience on the audivisual field. Deep understanding of the visual language and narrative. Experienced on the use of digital acquisition of images with different cameras (RED, Alexa, BMC, DSLRs...).

Quick setups = More for your buck. Extensive work with LED and practical illumination, allowing for quicker setups and giving more time to work on the performance and other production aspects. Also familiar with big units. The same work philosophy is applied in any circumstance. Big or Low budget, it's all the same: BIG PERSONAL INVESTMENT.

Formed in some of the best schools and academies in the world (Spain, USA, France...). Bilingual (Spanish-English). Able to communicate in both French and Italian. Used to travel, having visited Germany, England, France, Austria, Luxemburg, Romania, Brussels, India, Cuba...

Own all the Equipment necessary for small productions. DSRL+LED setups, perfect for new media. Quality that has been used for international distribution material for big companies. All your solutions one email away.

“Find what you love and let it kill you.” ― Charles Bukowski

Since an early Age I've been deeply interested in human behaviour and storytelling. After I listened to my heart, and to my very wants, I understood I wanted to create.

As a kid, I always wanted to be a man of action. A Commando, a police detective...Unfortunately, reality wasn't as I had depicted it. I was fed those glamourous images through years of TV and Film. I then realized that that's what I liked about those jobs. I wanted the stories and how they made me feel! The heroic deeds, the sacrifice and the prowess. I took it up to me to pass the flame that fueled my imagination and gave me such wonderful moments. The years before college I started listening to my calling and wrote a script. The script, unfortunately now lost, was nothing to write home, but it was a first step towards crowning a dream.

In college, I put all my efforts on understanding the media and the base of the stories. I took, Journalism, History (contemporary, of ancient civilizations, of literature, of art, of the Americas and even of astronomy), narrative, philosophy, advertisement and mass communication among others (including all the technical and theorical film oriented classes). During the 5 years of college, I got a better understanding of the world, the people and what makes a story matter (and if it doesn't, how to make it matter). This knowledge has helped me to be a better storyteller

To see the IMDB profile go to http://www.imdb.me/williamwolffe

ARE YOU READY TO CREATE?

You are only an email away from making your vision a reality.